One of the things that gives me more pleasure besides traveling myself is to see the photographs, listen to the stories and experiences of people I know. I learn a lot from people who perceive traveling as I do, and I end up feeling like I’m traveling with them.

These photos were taken by a traveler I trust and who recently visited Borneo. What I’ve written below is also based on her experiences. She cares about the culture, the local traditions, the interaction with people, the food and the nature, the good and the bad of the countries she visits. Exactly like me.

“This trip to Borneo for me was the best and worst trip I’ve ever been on. I saw the best of the planet and the worst of humanity. What we do to the planet is killing the corals. the orangutans in the shrines, the elephants that on the verge of extinction.”

With over sixty tribes and different races, each with its own unique cultural traditions, those who visit Borneo are warmly welcomed. The country’s intriguing history of white sultans and rajas, the landscapes full of rainforests, giant caves, rivers and wildlife, still inspires adventurous travelers. The rainforests offer a diversity of wildlife species, many of them unique to the area. And, for now, it still isn’t popular among tourists.

Borneo’s Sultanate is in Asia, and is wedged between two eastern Malaysian states, Sarawak and Sabah, with the north coast facing the South China Sea. Bandar Seri Begawan is the name of the country’s capital.

The main island is divided into three parts. Indonesia, Malaysia and the smallest, the Sultanate of Borneo. Vera visited the south, Sarawak.

Bahasa Melayu (Malay) is the national language, and the currency is MYR – Malaysian Ringgit.

Some facts about Borneo,

The oldest forest in the world is in Borneo, located in the big island. Forests in Borneo create their own rainfall and this has serious consequences for climate change worldwide. On top of that, the primary forest, which is thousands of years old, is almost reduced to nothing because of palm oil plantations. 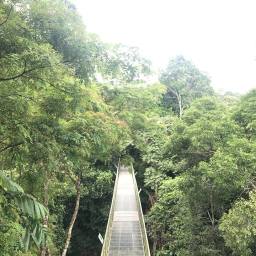 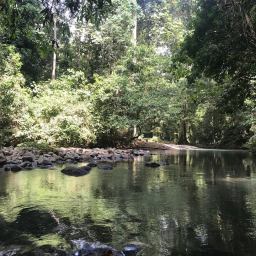 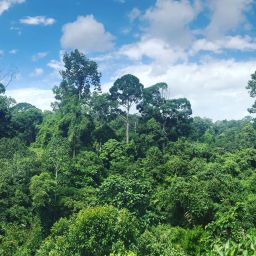 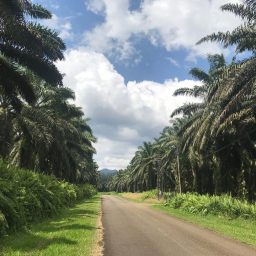 The Kinabatangan River is the second longest river in Malaysia with a length of 560 km (350 mi) from its headwaters in the mountains of southwest Sabah, to its outlet at the Sulu Sea. The area is known for its remarkable wildlife and fascinating habitats. 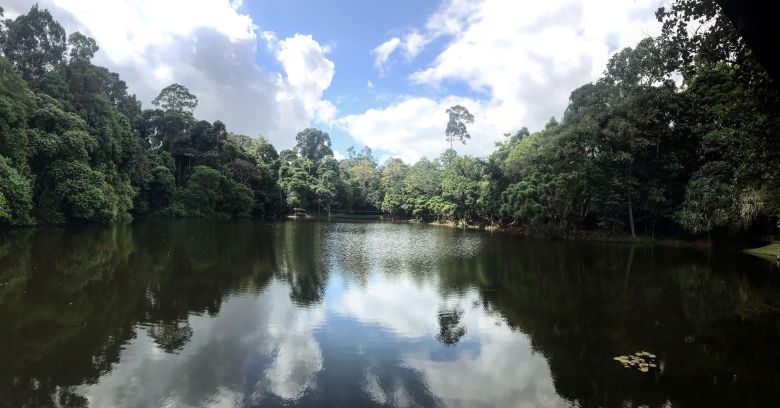 The long-nosed monkeys are endemic to the tropical rainforest of Borneo, meaning visitors can only find it there, in its natural habitat while elsewhere they are only found in captivity. Proboscis Monkey (Nasalis larvatus)

“I talked to locals a lot because a lot of people speak English, which is a big advantage.” 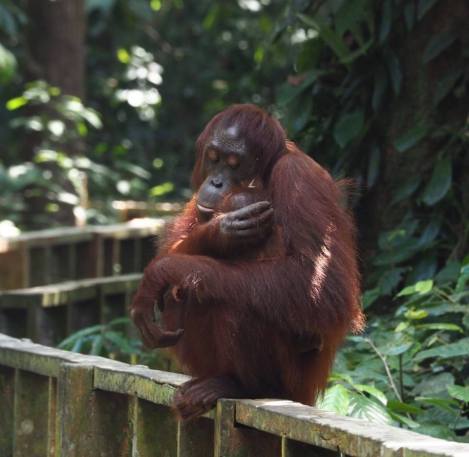 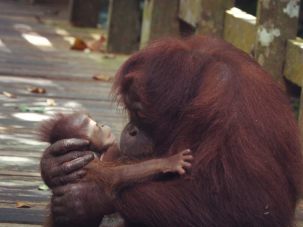 The gypsies of the sea – people who travel have heard of them before or have seen a documentary about this community and their culture. They are known as the Bajou and traditionally live in small boats or in houses built on top of stakes. They do not know their age, cannot read or write. and are not accepted by the community. But they know the ocean like no one else and live in their own concept of paradise.

The famous Borneo caves are home to about 2,000 million bats. In the early hours of the morning, they all fly out of the caves at the same time and, awaiting them outside, are birds of prey which patiently wait for the bats to leave the cave so they can eat them. The floor of the caves are covered with cockroaches, which in Borneo have a purpose – to eat the bats’ mess.

(Sir David Attenborough and the BBC have some very interesting documentaries about Borneo.)

“I discovered the life purpose of the cockroaches They eat the bats’ mess. The smell is intolerable, and the unstable floors with millions of cockroaches is even worse. Borneo is not for pussies”

Vera told me, and I believe it  because I’ve had experiences with are not acceptable to most people.

Inside the same caves, we can also find the swallow nests catchers, who risk their lives for a salary. Three nests, a salary and the government sells these nests to China for the famous swallow nests soup. They expect the swallows to nest twice in each nest and to do so they have to sleep inside the cave to make sure no one steals their nest but many die because the stones fall on top of them.

“The cultural diversity of Borneo is enormous. Muslims, Catholics and other religions, people who are very sympathetic and tolerant of one another but half an hour from Borneo it could not be more different at the moment,” Vera said, comparing Borneo with Malaysia and Indonesia.

From what I already know, I conclude that anyone who appreciates natural wonders along with being welcomed by local people will definitely like to visit Borneo. 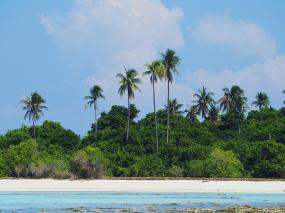 Vera flew to Borneo from London with Air Brunei, the country’s flag-carrier and said it was really good. Once in Borneo, she flew with Air Asia.

Thank you for sharing, Vera.

And for the rest of you, safe travels!